Apple Repair Program Has Been Extended Across Europe, Canada and the US!

Apple Repair Program Has Been Extended Across Europe, Canada and the US!

by username123
in Technology
Comments 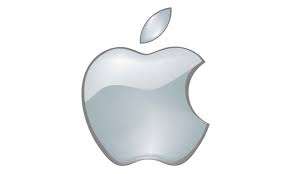 Over the years it has been seen that Apple has not given much due credit to any third party iPhone repair services. But, now there has been a change made by them. Apple has announced that they look forward to authorizing other third-party applications to carry independent iPhone repair programs, with precise protocols. This gives Apple users the benefit of getting access to repair services.

As per reports, Apple has made it clear any third-party repair program can conduct apple repair services that include certified and genuine parts of Apple products. This way, the safety and integrity of any Apple device could be maintained. Thus, soon there will be many repair shops conducting Apple repair services across various regions of Europe, the United States, and Canada.

A couple of years back, Apple had faced circumstantial obstacles when Apple users could no longer benefit from Apple customer support after using services from any third-party service provider. This made it difficult for Apple users to maintain their device because of the Apple policy.

This outraged the users followed by the Consumer Commission and the Australian Competition point at Apple. This ended up in court trials, and a movement called “Right To Repair” began. If you have issues with your iPhone device, reach out to iPhone repair Dubai for assistance.

Apple’s repair budget is a little over the top, and most users could not bear with it. The majority of these users claim that Apple repair charges are expensive. This is why third-party service providers existed to do the same work within a reasonable price that most could afford.

Another reason why third-party service providers flourished is that Apple hardware can cost a certain bit more. But it’s the repair cost that can make a user have second thoughts on getting a new device altogether. The problem persisted for many years, but Apple has been taking the problem under consideration now. Apple has been carefully evaluating the consequences and benefits of allowing users that have used third-party Apple repair services.

That being said, last fall, Apple decided to make things better with third-party service providers with its Independent Repair Provider Program. The main motto of the program is to ensure that third-party providers use authentic and genuine Apple parts for the service.

According to many reports, it has been claimed that almost 80% of Apple users in the United States, were 20 minutes away from any local third party repair shops in 2019. Meanwhile, the words are out that conducting Apple repair services should be under-provision with authentic paperwork.

This being said, how more than 140 repair services, all independent, have started its purpose in the United States. Alongside this, you can see more than 700 repair shops are available to serve Apple users. However, you must bear in mind that amidst the current pandemic of COVID-19, these third-party service providers are resorting to applying a new approach of repairing. And, that is a mail-in repairing option to ensure social distancing and safety.

According to sources, Apple has been looking forward to allowing this scheme on a global scale. This is so that other countries can also join. Apple has announced that they’ve invited local shops for repairing in Canada and also across 32 countries all over Europe.

It has also been clarified that there will be no charges to join the training program. This is for those business sectors that are new to the zone. However, all these local shops should be having a team or individual technicians with prior knowledge and skills. It will help with Apple products to do the repair.

Meanwhile, Apple representatives would mark local shops and authorize their service base on the conditional ground. One of which has relation to the company’s reputation in the market and it’s established ground. After proving these, the local repair services could provide a walk-in service where they give out details of their location.

Additionally, any residential ground as a commercial store will not qualify in the scheme. Alongside, Apple has already given out instruction panels for these service providers to follow and join the scheme.

What Apple Has to Say!

According to the source, Apple representatives are more than happy to experience the program taking place across many countries. Chief Operating Officer of Apple, Jeff Williams, mentions that Apple users should choose from a range of options. Thus, it would give them the benefit to suit their requirements and also ensure that the iPhone’s quality is maintained.

Additionally, those repair shops whose quality in the training program will benefit. For example, qualified Apple repair service providers will get authentic Apple parts, tools for repairing identical to what Apple uses and free training sessions from Apple itself. For any other details regarding iPhone issues, refer to iPhone repair Dubai.