by irvine-user
in Technology
Comments 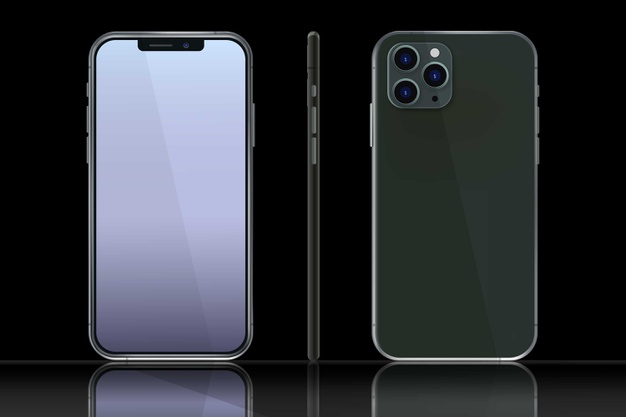 When it comes to iPhones, you can expect new inventions and innovation from Apple which are surely encouraging and exciting for tech savvies. However, iOS 13.6 is the second beta version released by Apple. And, like any other iOS update from Apple, iOS 13.6 contains some bug fixes, improvements in its functions and super-exciting features.

iOS 13.6 has come up with the facilities of audible stories for Apple News+. But, that’s only available in the US. Additionally, it has introduced improvements associated with health management applications worldwide.

And what’s new? It can provide support for your digital car keys. Yes, you read it right. Let’s get to know about the updates in detail.

Updates with Apple News (only for Users in the US)

If you have got the subscription of Apple News+ now you can enjoy narrative stories from Apple News. Moreover, you do not need to read the entire article from top to bottom. The audio story would brief the discussion regarding the news for you.

Well, this is not only for news articles. If you have a keen interest in Podcasts then listen to your free Podcasts through the Podcasts app. Apple has additionally launched a tab to make it easy to find your favourite audio stories.

Activate the CarPlay option to get the proper information about what’s buzzing around you through Apple News+. And, you can listen to the news while you are on a go. In addition to this, you can customize your interests on Apple News+ if you are a resident of the US.

Improvements with the Health Monitoring System

iOS is renowned for its accurate health and activity monitoring facilities. And, now, the Health application can extract data from cycle tracking and ECG to interpret health symptoms. Some of the symptoms are changes in appetite, muscle pain, headache, nausea, and dizziness. Moreover, you can input new health symptoms such as coughing, sore throat, fever, etc. And, the health app will share it to third-party apps.

Among all the noted smart car inventors, BMW has remained the first choice of Apple to launch the digital car keys. So, in case you own a BMW then you can operate your smart car with iOS 13.6.

Now, lock and unlock your car with your iPhone, instead of a physical car key. If you lose the iPhone then you can remove every information from iCloud for safety purposes. The update offers restrictions to your hired drivers. Moreover, you can share the digital passcode through iMessage. If you fail to understand its proper mechanism or want to enhance its security features, then Tech Support Dubai’s proficient workforce can mitigate very queries.

Besides all these innovations in the news, health genre, iOS 13.6 is responsible for some important bug fixes and improvements in the performance of iPhones. If any new update is released it will be automatically downloaded on your phone, if you have enabled Wi-Fi connection.

While using Wi-Fi calling, issues such as audio interruption and registration get solved through this update. Calls originating from the United States, software keyboard failure, and roaming issues have been resolved with the advent of iOS 13.6.

If you are still using iOS 13.5.1 then you can give iOS 13.6 a try. The update comes with a considerable amount of size ranging from 250 to 400MB. However, the download and installation of the latest iOS version 13.6, the entire procedure is going to consume almost ten to fifteen minutes.

Let’s check out the performance reviews of iOS 13.6.

According to most of the users who have installed the iOS version, haven’t felt anything disrupting the performance of their iPhones. They have claimed that the interface of update iOS 13.6 is as speedy as the iOS version 13.5.1. There’s nothing accelerating or deteriorating when it comes to iOS 13.6.

Apart from its stable battery life, all other connectivity measures are working fine with Apple iOS 13.6. You can face no cellular data or Wi-Fi connectivity issue. The network connection is really fast and responsive. If you want more improvisation then you can seek help from IT experts and Tech Support Dubai can be your best bet.

As you know iPhone is choosy about the application permission and all. So, not every third-party app is compatible with the iPhone. However, when it comes to first-party apps such as Podcasts, Calendar, etc then all these apps are very stable, as expected.

Some of the third-party apps such as Twitter, Gmail, Chrome, Netflix, Spotify are completely workable with this iOS version 13.6. However, some users have complained about hotspot connections, battery drainage, installation problems, and FaceID related issues.

But, if you want to experience something new with iPhones then iOS 13.6 is a great choice. For iPhone related issues and solutions, contact Tech Support Dubai. They have an excellently built team who are capable of inspecting and resolving every minute to major iPhone related problems.